Links to some of my writing

The Curious Case of Nickelback (why music critics hate Billboard's "Band of the Decade"), The Mark

From Primitive To Pop (book chapter on the contemporary popular music of indigenous hunter-gatherer peoples), in The Cambridge Encyclopedia of Hunters and Gatherers

The Slippery Nature of Cool (explores the relationship between coolness and branding), Marketing Magazine

Tracking the Tribes (uncovers the close historical relationship between anthropology and marketing and provides a glimpse into the pioneering work of anthropologist Lloyd Warner), Marketing Magazine

Researcher (and writer) for Emmy Award-winning, 10-part PBS/BBC documentary film series Millennium: Tribal Wisdom and the Modern World and the companion volume by Viking Penguin. Since it was first broadcast Millennium has become an international classic film series, a staple of specialty documentary channels and university classrooms. The theme music was composed by Academy Award winner Hans Zimmer. 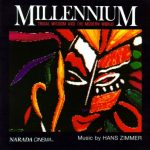